Here are some pictures displayed from the 33rd Baithak of Mahaprabhuji, located at Champarayan, 60 km away from Raipur in Madhya Pradesh.

This is known as the Chati Baithak.

There are pictures of the Sarvottam Van also, which is located close to the two Baithaks at Champarayan

On the sixth day after his birth, the  birth ceremonies of Shri Vallabhacharya took place here.

This is close to the Prakatya Baithakji. 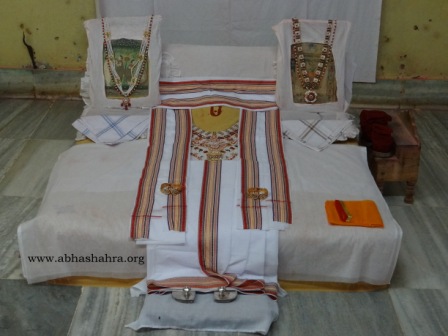 Gaadi Sewa at the Baithak

Chati Baithakji , means that the pujan which was done on sixth day after birth was held here 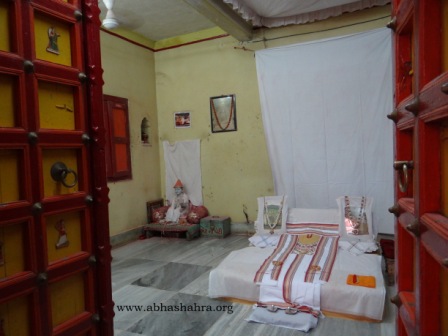 Complete view of the mandir 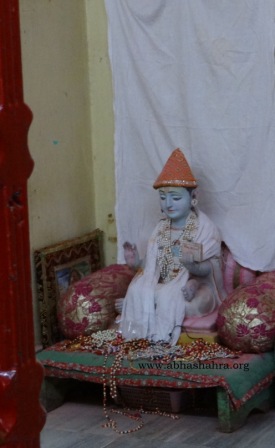 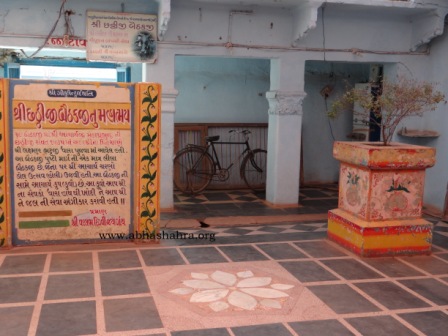 Surrounding of the Baithakji, a lovely Tulsi Pot 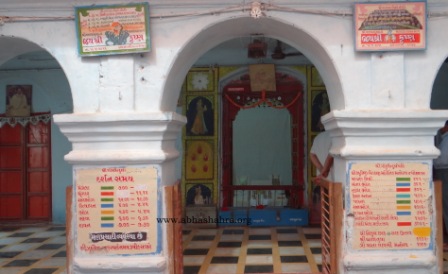 Details of the various manoraths, timings of the mandir 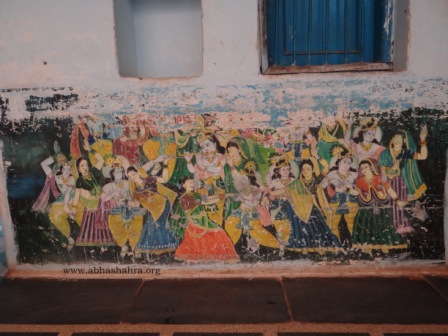 A very old Krishn painting on one of the walls

There is a Yagya shala at Champaryana, where Mahaprabhuji’s father had performed Yagnas. 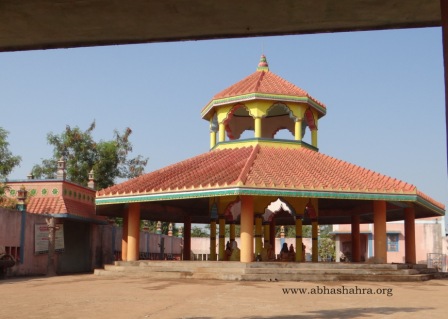 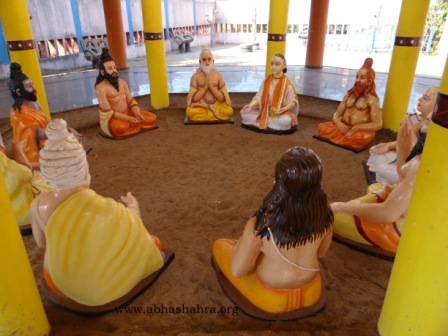 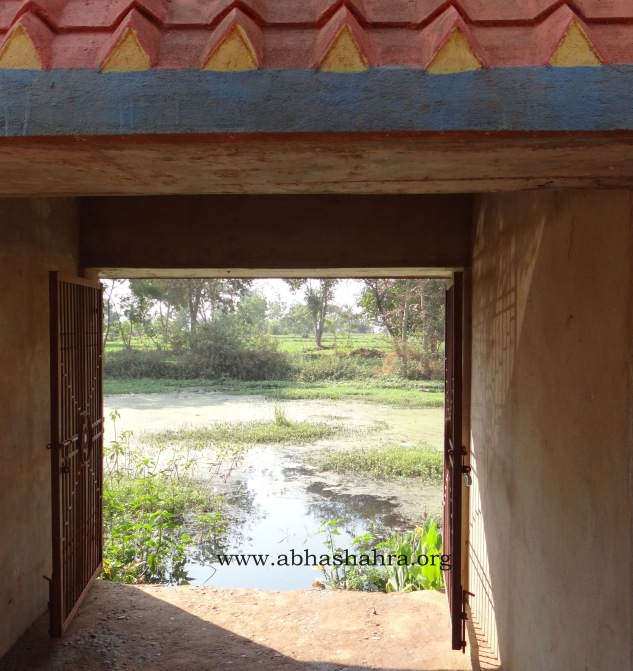 The actual spot of the yagya kund. It is now covered with water, the water is also in a very bad condition and bhakts are warned not to drink this water 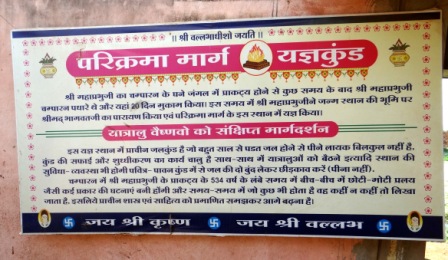 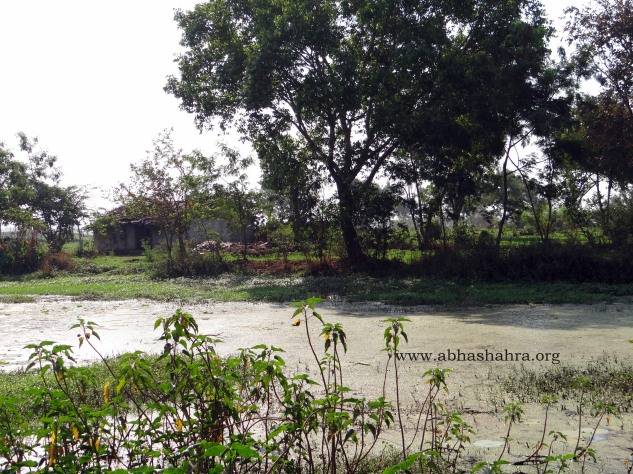 It is also known as the Raas Leela Van.

You can also visit Sarvottam Sutra Van, Its a Museum where Paintings depicting the life of Mahaprabhu Vallabhacharya are kept.

Also there is a sort of jungle attached to it, where some sacred trees yet survive. the guide there will take you on a tour. 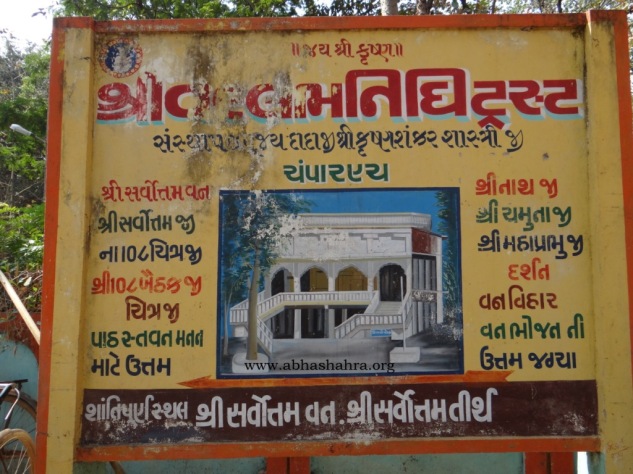 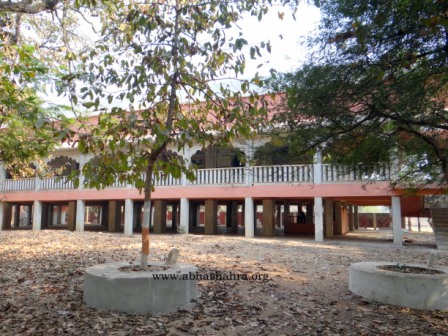 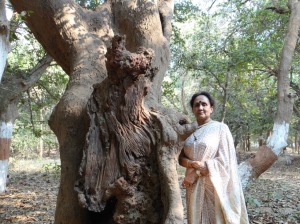 At the Radha krishn tree. 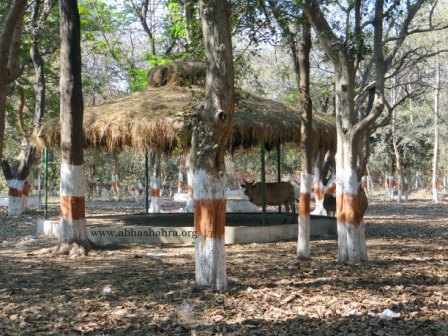 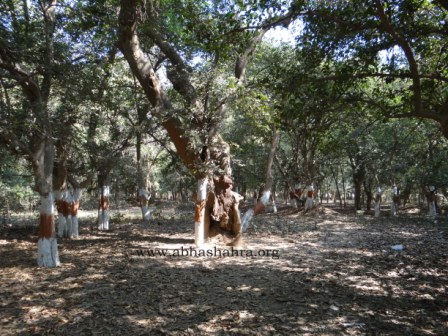 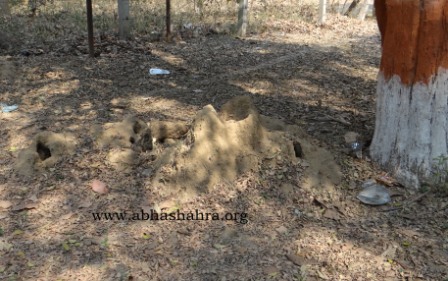 Champarayan forests are filled with several variety of snakes. This is one of the snake holes I found 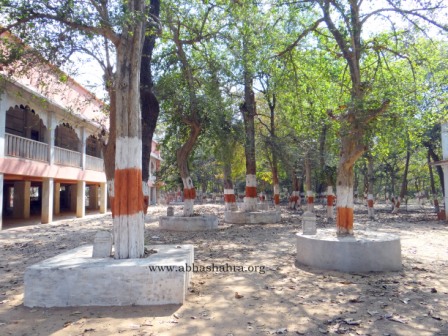 All these trees have a Shila on them, representing the Sutras. various Rishis did their meditations in this area 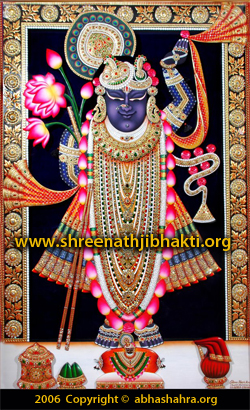 Baithaks in Pushtimarg religion are holy places where Shri Vallabhacharya, the founder of Pushtimarg, narrated the Holy Bhagvad Katha. They are total 84 in number and spread all over the country.

Mahaprabhuji had circled the whole of India three times and done sthapna of these various Baithaks.

Each Baithak has its own particular Charitr (description).

Baithaks are holy places where there is no Idol or Chitra (Picture); seva is done of Gaddi (Seating).

Mahaprabhuji, Shri Vallabhacharya was born in the VS 1535 or AD1478.

It was on Vaishak Vad Giyaras (11th) in Vikram Samvat 1535, or AD 1478; in Satbhisha Nakshatra on a Thursday; during the Abhijit mahurat, 12.40-1.00 in the afternoon; when ShreeNathji’s Lotus Face Appeared from Govardhan to give His divya Darshan to the lucky people of the village; According to Shree Krishn’s desire, on the same day but in the Abhijit mahurat, 12.40-1.00 at night, Shree Vallabhacharya also appeared at Champaran in a ring of fire.

(Details of Shri Vallabhacharya life and teachings,can be read on my website:  http://www.shreenathjibhakti.org

Details on the Baithaks can be read on website: http://www.vallabhkankroli.org/