Mr Narendra Modi, if elected for the Prime Minister, will you uphold the principle of Humanity and not fall a prey to greed?

You have been making a lot of promises to the Indian citizens and portray your self as a humanitarian.

This post, is a question and a reminder for you. I support the BJP government  and my vote will go for you Mr.Narendra Modi. Even though not being involved in the country’s politics directly, as any lay person I strongly feel the need for an immediate change in our country political scene. The only worthy party which may contribute to some positive change for Indians is the BJP – Bharitya Janta party, with you, Mr.Narendra Modi heading for the Prime Minister seat.

If you come to power, will you remember these words that you have spoken? 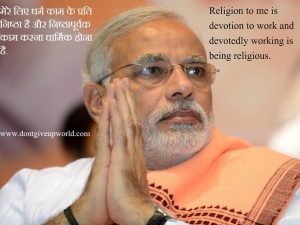 Our country is full of the most corrupt leaders. For the several scandals that have come in the open, as many remain hidden. The basic care and concern which a country’s elected leaders are supposed to provide for its citizens is totally lacking.

A lot of promises are made before elections, but, as a leader if one is not constantly evaluating ones actions, infinite power could have an awful effect on the mind of any person. “Power” has the “power” to turn the simplest person into a greedy monster.

Mr. Modi, you will come to power in a time period when our country is in the worst of situations. We expect you to work pretty hard in cleaning up the mess that earlier governments have created. This will not be easy and may take a long, long time before we will feel an improvement in the basics of life and living. Uphold the basic humanitarian values, so that the several lakh below poverty line Indians, are provided basic employment and means to basic education.

We need you to care for the illiterate and the poor visible every day in every corner of our country. You have to commit your self for uplifting them from the filth they live in. These few pictures represent the extreme poverty lakhs of Indians are born and live in whose exact numbers would be alarming to know.

These images are for your reference, as none of you who are in power ever walk the streets of India: The poorest of the poor do need some assurance from you.. as does humanity. They are not just vote banks. Don’t let them down.

Pictures talk more then any amount of words can do. These disturbing pictures have been taken by me and uploaded only to get some positive reaction from the Government. Please excuse me for showing my country in this image. I love my country and am very proud of being an Indian citizen. At the same time I realize how blind we have become to these scenes all around us, every where in India. In fact, unfortunately, it has become an invisible part of our country for most of us. Worst is, we have stopped questioning the atrocities of the Government for its citizens. Ours is not a poor country, just that, all the funds fill  pockets and bank accounts of the few in power.

SO, MR. MODI – What do you say? I speak on behalf of the lakhs of Indian citizens whose  life is worse than an animal, we are those who India has forgotten to care for.

Its bad to be born poor, worse to be born a poor girl. She is the victim of  the worst kind of abuse, which is never reported nor a part of statistics and numbers. 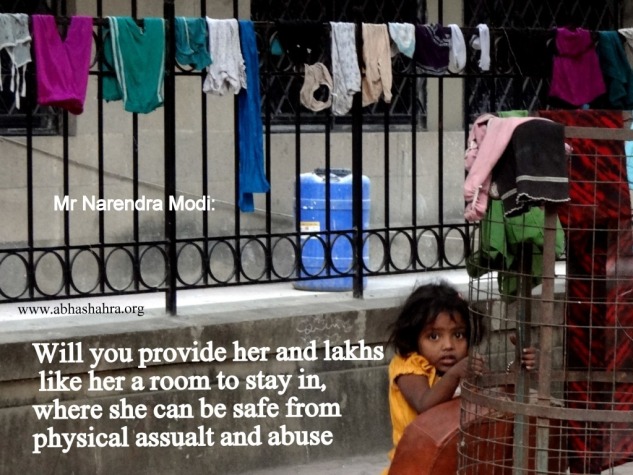 Its so contradictory, how these poor sell Indian Flags and earn some money. They are so illiterate, they will never understand how much this very own country has let them down. They are made to believe that it is in their naseeb to be treated like filth 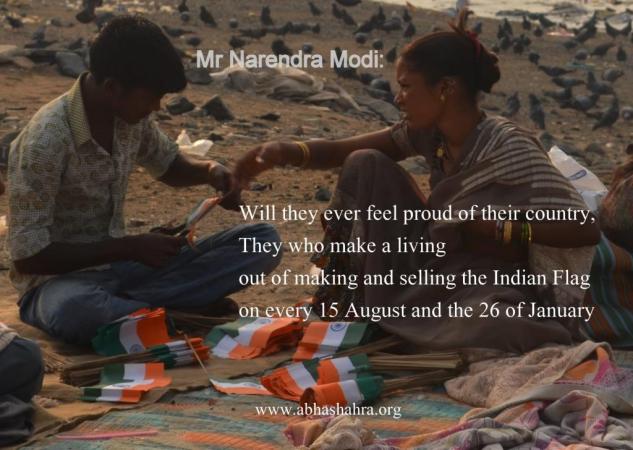 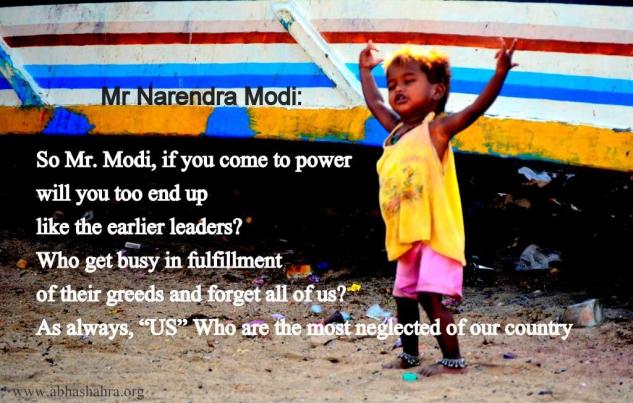 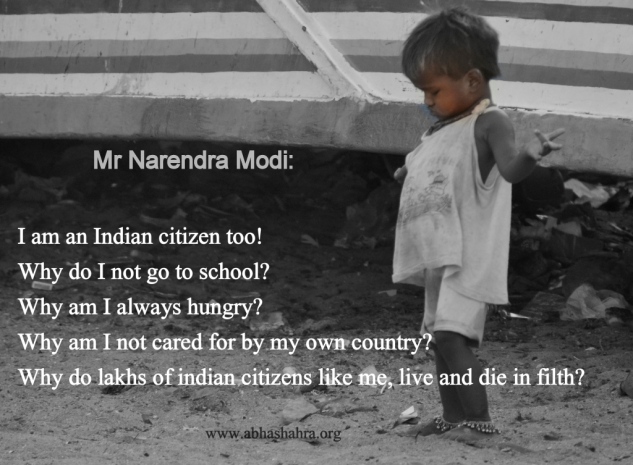 Remember all the words that you have spoken!

Who ever the new Government is, (I do hope Mr. Modi, it is your Government), respect a human life and respect Humanity; it is above every other religion in the world.

A person who does not walk on Humanity, can never be Religious or Spiritual.

Thank you and God bless you!

(The pictures of Mr. Narendra Modi have been taken from various websites which talk about him on the internet.

The rest of the pictures are mine and are copy righted by abhashahra.org)