Vrinda Devi is an expansion of ShreeRadha; and is Tulsi Devi in Golok. Purnamasi is Vrinda Devi’s guru. Shree Vrinda Devi stays at Vrinda Kund and from here she arranges all meetings of Shree RadhaKrishn. 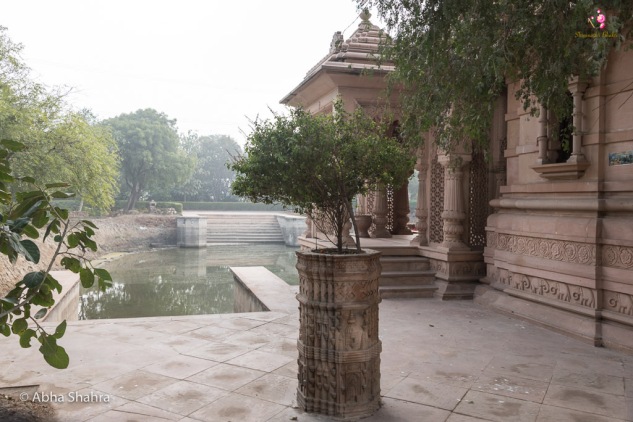 Next to Vrinda Kund is the Gupt Kund,  where Shree Radha secretly meets Shree Krishn. 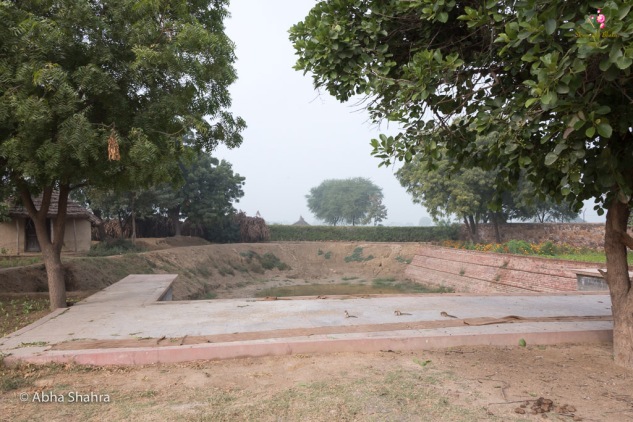 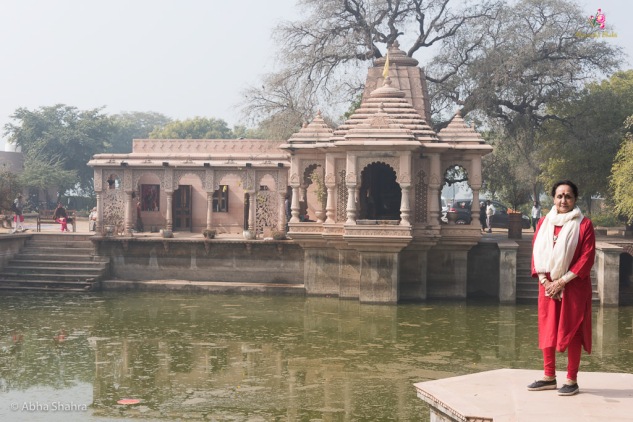 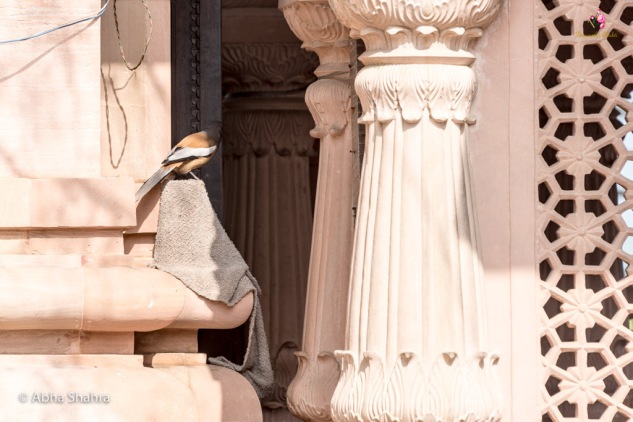 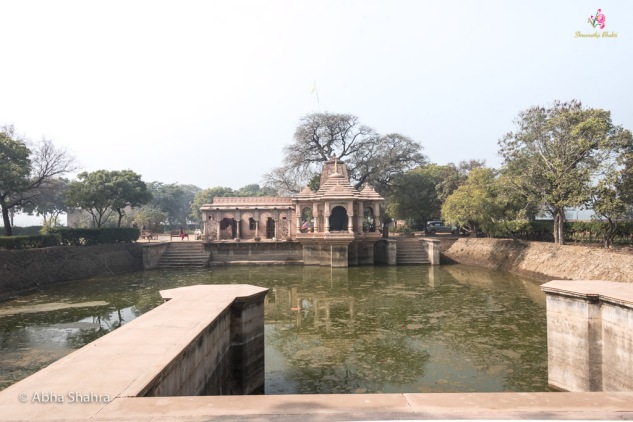 There is an ancient Shree RadhaKrishn murti here, carved out of stone, that is said to have been established by Raja Vajranabh, the great grandson of Shree Krishn. This murti has been desecrated by the Muslims, so worship is no longer done to this murti. Every Monday the local villagers come and pour milk over this murti of Shree RadhaKrishn are kept in a small kuti for darshans, adjacent to the mandir under a chokar tree 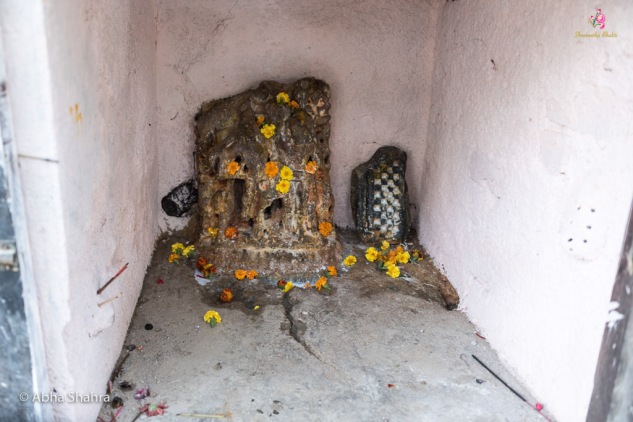 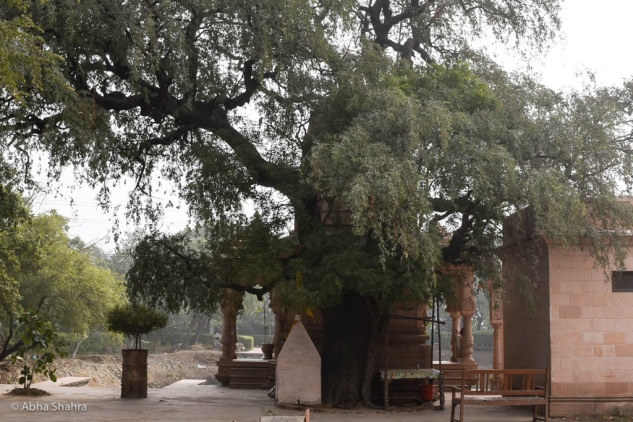 The disfigured deities murti under the chokar tree had been worshiped as Shree Vrinda Devi for a very long time before Baba Madhava’s arrival. According to the villagers, some thieves had come fifty years before, stolen the sculpture and stored it near Charan Pahari, along with some other stolen sculptures. But when they brought a small truck to carry them away one night, even six or seven of them together could not lift the sculpture of Vrinda Devi. So they left it there. In the morning one villager saw the murti lying by the side of the hill and carried it back to Vrinda Kund(Story as told to us by the family who owns the place) 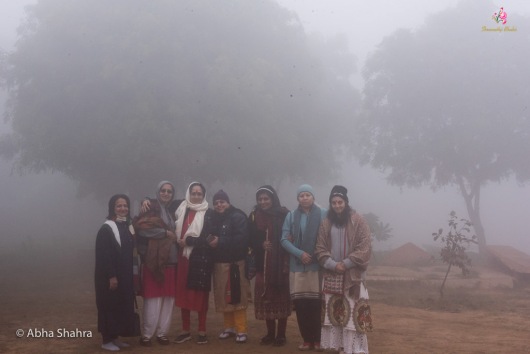 The fog was very deep as we entered Vrinda Kund

The family who owns this divine Vrinda Kund and Vrinda Devi mandir, are very hospitable and cook excellent sattwik meals if told in advance. The father has seven sons and all the family is involved in seva of the Vrinda Devi mandir and Kund. We had breakfast and lunch at the mandir freshly cooked and served outdoors. 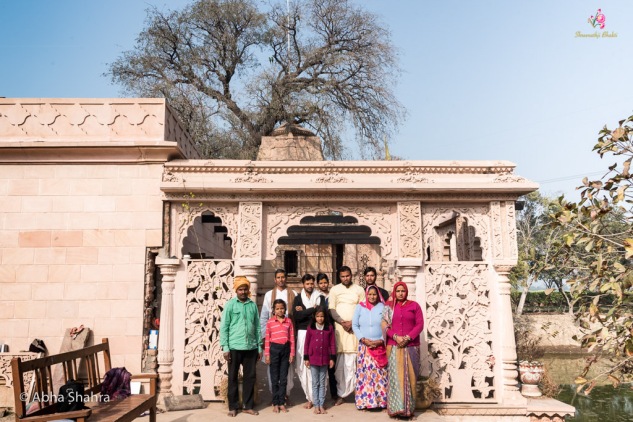 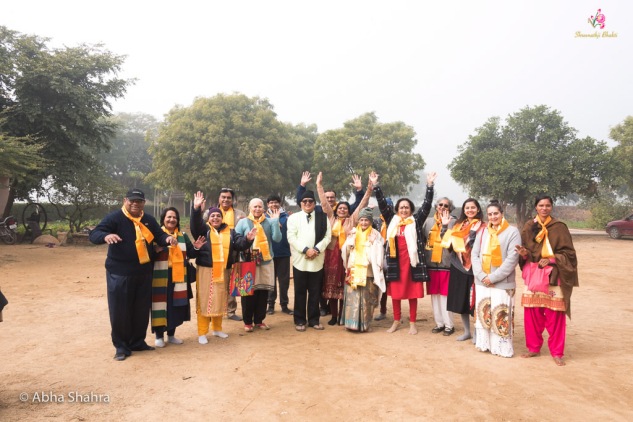 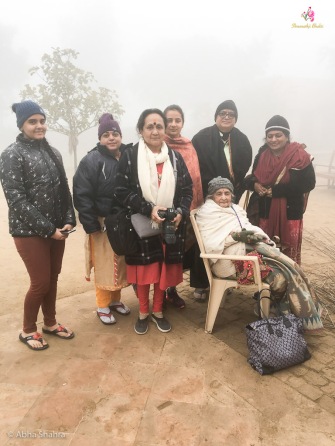 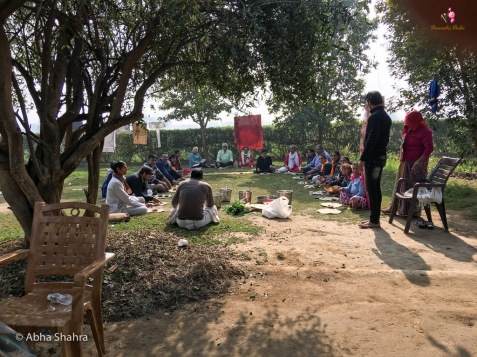 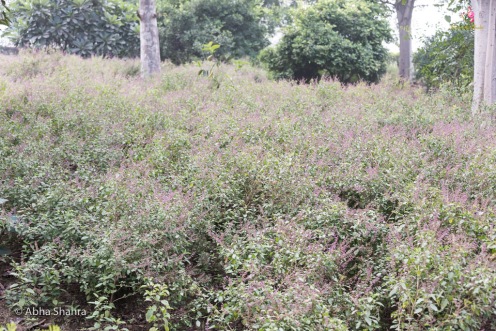 A Tulsi kyara at Vrinda Kund

Madhav Baba managed to get a Government grant to help him excavate the two sacred kunds; Vrinda Kund and Gupt Kund. Madhav Baba built a small temple and installed a Deity of Vrinda-devi on Jahnava Mata’s Appearance Day in the early 1980s 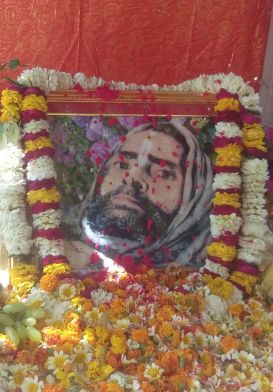 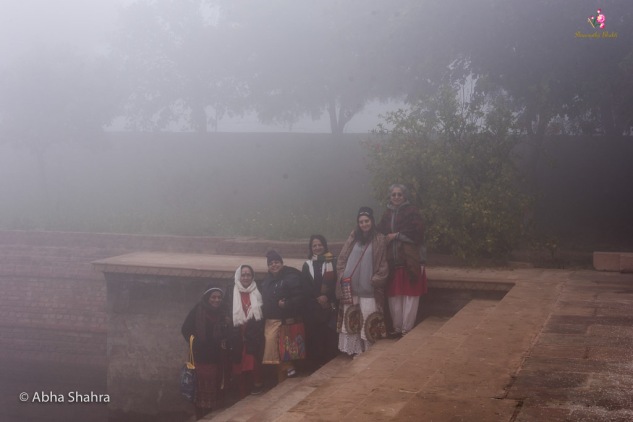 Vrinda Kund-Amid the dense fog is a surreal experience 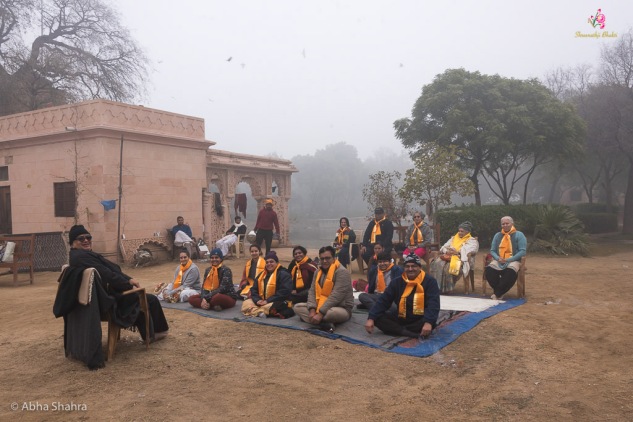 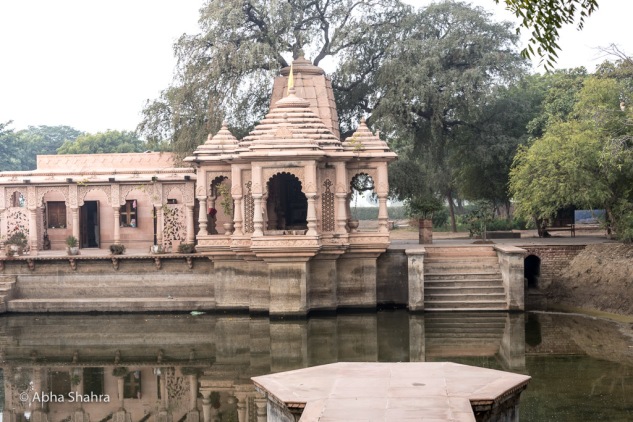 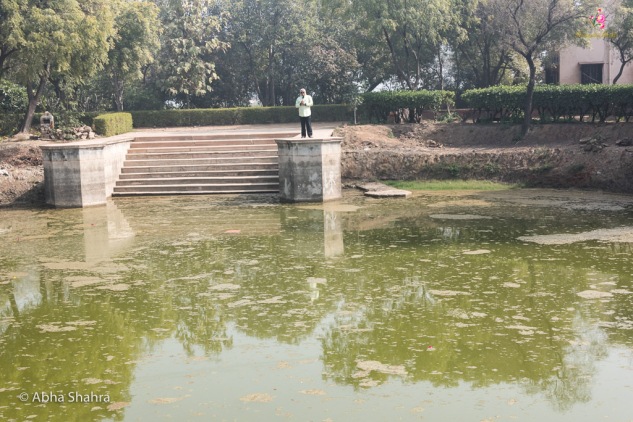 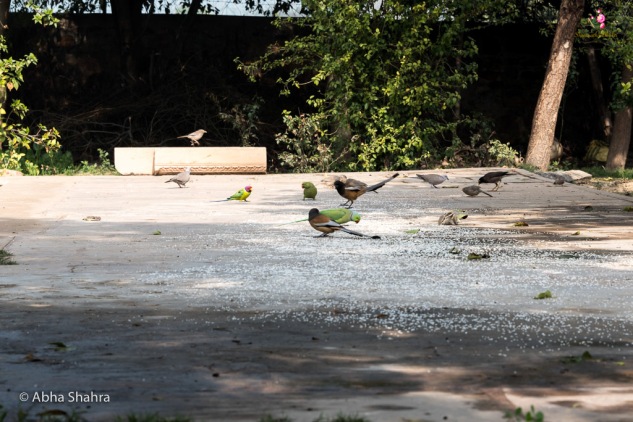 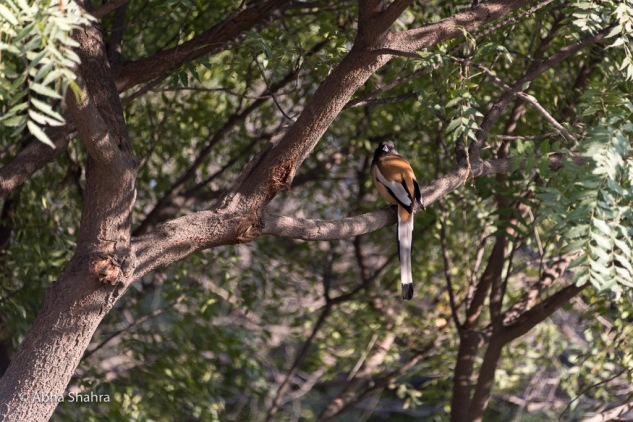 Vrinda\Gupt Kund-A Koel which is native to all of Vraj. I see it every time I am here 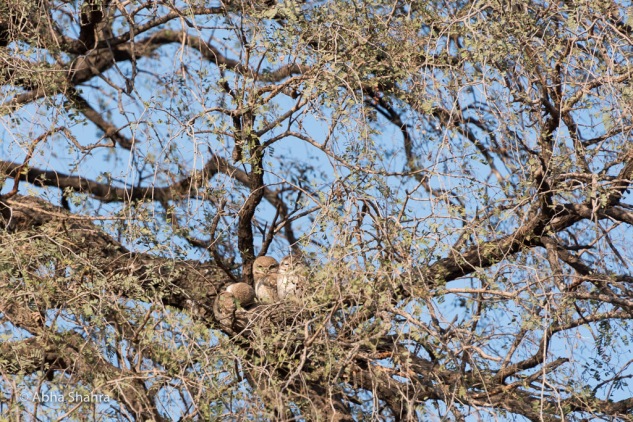 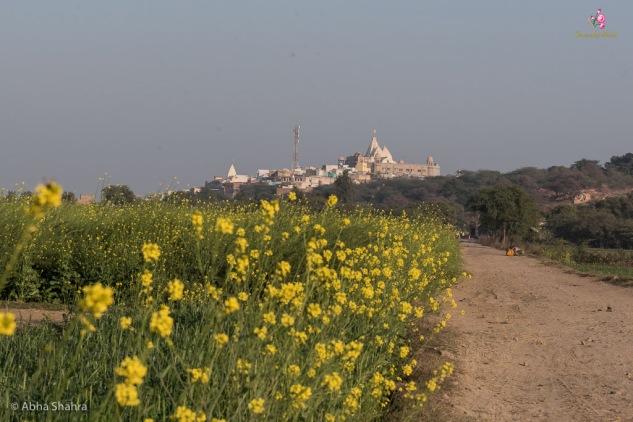